I like watching movies as much as the next guy. I’m by no means a movie snob but I recently watched The Pursuit of Happiness which made me instantly feel motivated and inspired to improve myself.

After watching The Pursuit of Happyness I found myself reviewing it on a deeper level and connecting lessons that I learned from this film to other movies. This inspired me to even drive even deeper and look at what lessons sales professionals can learn from these 5 movies.

The Pursuit of Happyness

In The Pursuit of Happyness, Will Smith plays a salesperson named Chris Gardner who goes through many of life’s challenges however he eventually climbs up the proverbial ladder (spoiler alert). Chris understood how sales became a game of numbers for him, the more people he called, the more sales he would eventually make.

For you, this process may begin with the marketing department creating a certain amount of leads of which 15% will turn into Sales Qualified Leads, of which 3% will convert to leads. Are you on social? Is your marketing team creating the right leads? Get on social and find new prospects because this will eventually increase your conversions.

Although this movie represents an extreme case, lessons on productivity can still be gained. Because of family commitments, Gardner had to accomplish his goals within 6 hours, while his colleagues were doing so in 9. This meant that he had to make up the time. He didn’t hang up the phone between calls which saved 8 minutes a day. He didn’t drink water throughout the day which meant he didn’t have to use the washroom. Now I’m not telling you to stop hydrating but use the time that you have efficiently and stop wasting time on activities that have zero impact on your pipeline or revenue.

Concentrate not only on the numbers but on the quality numbers! Prioritize your prospects and call the top 15 CEOs on it instead of calling 15 random leads. In the film, Chris spent his days working from bottom to top of the list however he could never finish it. Then it finally struck one day, he decided to hand pick who he called first, which lead to a meeting with a CEO!

I couldn’t mention this film without mentioning the overall takeaway – work hard and you’ll achieve!

Take a look at Gardner’s speech to his son which is one of the most famous speeches to ever come out of a movie.

While we watch the unfortunate victims in horror films struggle to survive within their haunted, gory and scary environments, we can apply a lot of their horrifying situations to sales.

Horror film villains often scare victims because they leverage the power of the unknown. Victims never know what they’re dealing with in the beginning of a movie. Often an outsider who is an expert in the area is brought in to identify the threat. Once this is established, the threat can be overcome. An example would be when an exorcist is called into a possessed home. Without calling your competitors demons or zombies, you can learn from what they have done in the past and mistakes that they have made to gain a competitive advantage through social.

Have you ever noticed that most horror films are based in an environment that is new to the victims like a new town or a new house. Time after time, people have moved into a house that is already operated by someone or something else. Let’s bring this back to a sales environment. If you are selling something new then you have to learn the who, what and why about your solution as well as the environment.

How many times has a group in a movie decided to stick together and then minutes later they frantically disperse into smaller groups or just by themselves? Not creating and then not sticking to a plan is criminal and may lead to horrific events! As a salesperson you need to create a script to ask qualifying questions and a plan for touch points in the future. Forecast your sales and decide on how many calls you’ll need to make to reach that number. And give it time, if your halfway towards the end of the quarter and you’re still a bit off your goal, don’t give up or lower your goal, keep going until you’re finished the quarter, then re-evaluate for the next quarter.

Oh Entourage, who doesn’t love Vince, Ari and the gang?

I came across an episode in season four of the TV series Entourage that had a fantastic example that demonstrated the power of centric selling vs. old school product selling. Here’s a sales lesson you can learn from Ari, especially relavent if you’re selling movie scripts.

Ari doesn’t address his prospect by trying to sell him the script, he starts with the solution to his problem first. Granted he had helped to create the problem and he became a hated man after the conversation but none the less, he made the sale. By locking his champion out of the office he overcame a roadblock and was able to pitch directly to the decision maker.

To touch on a previous point “understand your environment,” Ari clearly knew everything that he needed to know about the prospect and anyone who was involved in the deal. This is a great example that integrates so many different selling principles into one effort to make a sale, although I would recommend being a little more polite than Ari is!

Most of you reading the title of this article would have expected to see this flick on the list, and for obvious reasons.

The two sales lessons that can be gained from this film both occur in the scene where Belfort asks a group of his friends and potential employees to ‘sell him a pen.’ Where many would fail to apply basic sales principles when placed on the spot, one friend asks Jordan to write his name on a piece of paper. When Belfort is looking for a pen, his friend replies “oh, you don’t have a pen anymore? Supply and demand, bro.”

This action amalgamates two of the most important and basic sales principles:

Prospects can often find it tough to establish a need for the product that you’re selling. I’m sure that you’ve heard a million and one objections to buying your product but at the end of the day it is your responsibility, as a salesperson, to help prospects take a more objective view of their needs. Where Belfort was told that he needed a pen to write his name, you have to prove your solutions relieves the pain points for your potential customer to meet their objectives.

Salespeople really understand what a sense of urgency is when it comes to the end of quarter. Their targets are under threat but the challenge is in replicating this sense of urgency for your buyers. There is nothing worse than trying to sell something to somebody who is sitting on the fence – push them off the fence! When Belfort gave his friend the pen to sell back to him there was no reason for him to want to buy back the pen until he was asked to sign his name. A product or service expert can raise the potential consequences of indecision or ‘stalling’ over a deal.

With over 500 episodes and a movie, the characters in The Simpsons are constantly interacting with salespeople and in some cases, selling products and services themselves. I’m going to run through some of the best examples of this.

In one episode Bart won an elephant from a radio station and kept him in the backyard. Homer’s entrepreneurial hustle led him to sell rides on the elephant around the block for $2 each. “Look at this Marge, $58 and all of it profit, I’m the smartest businessman in the world!” It was all profit until he took away his fixed costs which included $300 each day in food. In reaction, Homer raises the price of the elephant rides to $500 which causes him to lose all of his custom.

When you’re selling a product or service you need to do your research before you sell so that you are prospecting the correct people at the correct price point.

This conversation between the cops in the show discusses a new burger joint called ‘McDonalds’ and how it’s similar to their regular joint ‘Krusty Burger.’ Krusty burger has nothing to fear though because of their loyal customer base. This presents a lesson in selling your company’s strong points and stress what is unique about you.

This is possibly one of the most famous and most repeated phrases in the show and it is how Apu gets his customers returning again and again. Remember, it’s a lot cheaper to re-sell to an old or existing customer than to attract and prospect a new one. 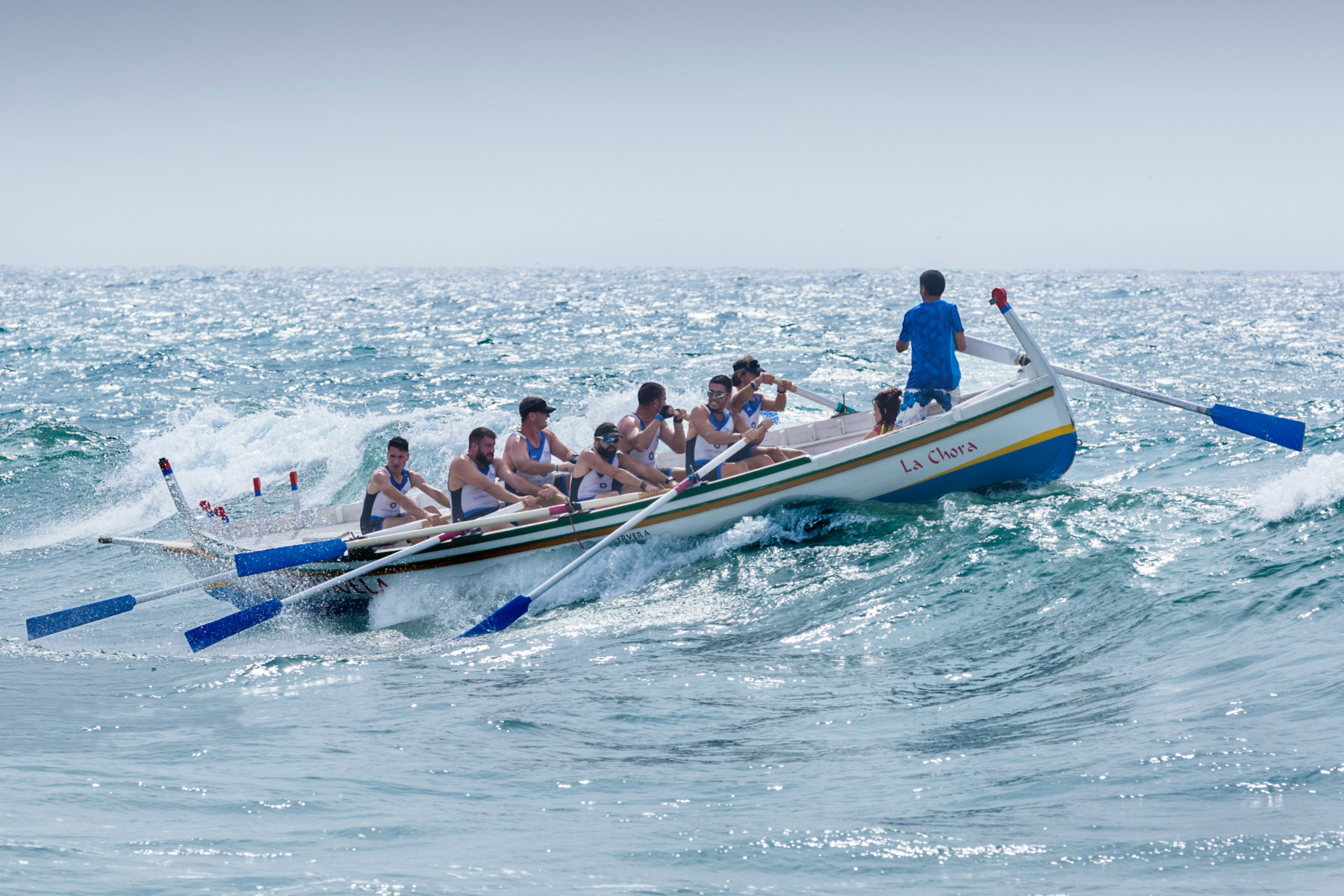 The 5 Components of a Winning Sales Team