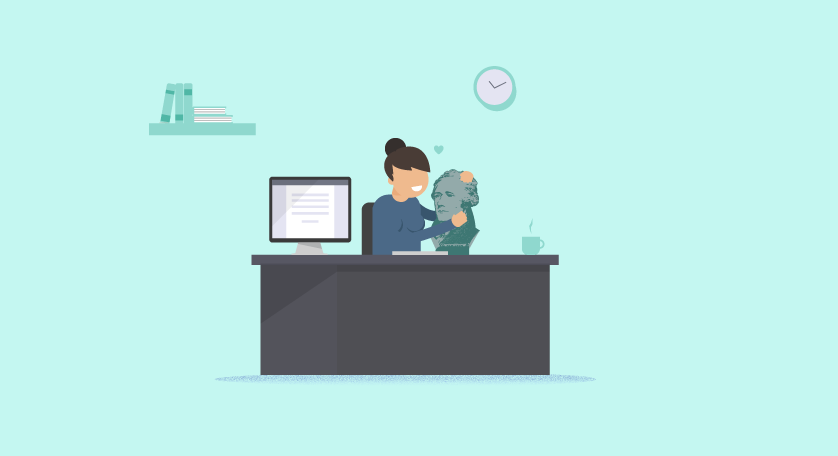 Not sure if you’ve heard, but there’s this musical called Hamilton that’s pretty popular right now. While it initially gave me horrific flashbacks to reading Gore Vidal’s Burr in AP US History, I’ve grown to really enjoy the story. Gore Vidal ain’t got nothin’ on the musical stylings of Lin-Manuel Miranda!

With the 4th of July just around the corner, what better way to celebrate than to take a look at what one of the founding fathers (well, the musical about him) can teach us about content marketing.

[BURR]
No one will read it
[HAMILTON]
I disagree
[BURR]
And if it fails?
[HAMILTON]
Burr, that’s why we need it
[BURR]
The constitution’s a mess
[HAMILTON]
So it needs amendments
[BURR]
It’s full of contradictions
[HAMILTON]
So is independence
We have to start somewhere

Burr and Hamilton had an interesting relationship. While their bromance didn’t end very well, the relationship of the clashing duo shows us how it can be valuable to have input and edits from someone else, whether you’re writing 51 essays or a white paper.

Get someone who will be honest with you and give you their real opinion. That’s how you’ll get to the best version of your work.

[ANGELICA]
In a letter I received from you two weeks ago
I noticed a comma in the middle of a phrase
It changed the meaning. Did you intend this?

Oh, Hamilton! You and your rogue commas! We all know how we feel about proper grammar here at Uberflip so this verse really tickled my Oxford Comma.

The message here? Avoid confusion – check your punctuation and don’t lead your wife’s sister on due to a misplaced comma.

Okay so Hamilton did get a job offer to be the country’s first Secretary of the Treasury after completely killing it at The Federalist Papers, but Jefferson ended up writing less than half of what Hamilton wrote and he ended up becoming president so take from that what you will.

Anyway, the message I want you to take away from this is that you don’t need to produce a crazy amount of content to make an impact with your audience. In fact, it is possible to completely overload them with content. Cadence is different for every company, so test out what gets you the best results.

Don’t be afraid to try something different

No lyrics for this one. This lesson is about how a musical about :yawn: history :yawn: was able to break incredible records, drive insane demand for tickets, and stir up interest from the youths all by going in a few different directions. Rapping and a diverse cast helped Hamilton garner its interest.

So, take a shot. If you think your audience would love an infographic but you’re wary because no one else in your space makes infographics…make the infographic. The worst that can happen is it doesn’t do well and then you know to never make one again. The best? You just became a groundbreaker! Ham would be so proud.

Canada, don’t think we forgot about you! Take our Canada Day quiz to see how Canadian your marketing tech stack is.

The COVID-19 pandemic accelerated the sales world’s foray into modern selling. Here are 6 modern selling mistakes you should watch for.