Everything You Need to Know to Get Started With Meerkat 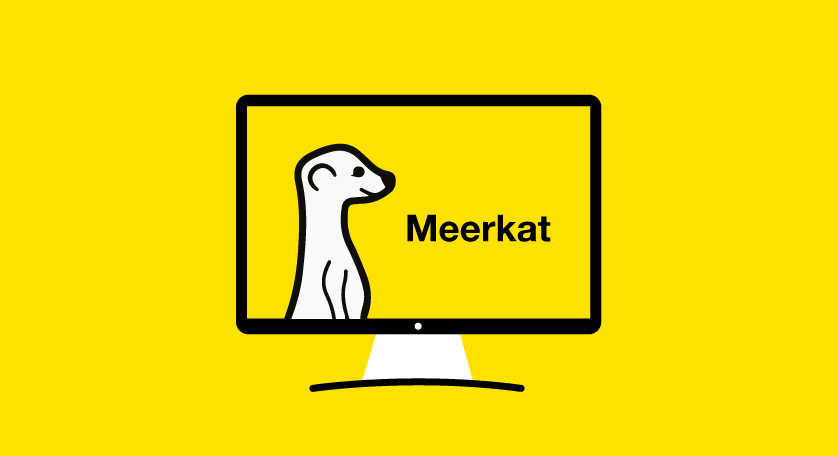 Over the last few years, we’ve seen an explosion of social media websites and peer-to-peer networking apps and services, causing the digital market to overflow with a multitude of new social media offerings.

However, a new kind of app is beginning to emerge within social media platforms — live video streaming apps, which allow you to broadcast videos that stream in real time to your social network followers.

In the last several months, two apps have become the frontrunners of this movement – Periscope and Meerkat. While those in the tech world will continue to debate the relative merits of the two, Meerkat was and always will be the first app of its kind. The features included with Meerkat, such as the ease with which users can sign on and begin a live feed, have resulted in many dedicated fans choosing this app over Periscope.

Want to harness the potential of this new live-streaming tool? Here’s a crash course that’ll give you everything you need to establish your presence using Meerkat.

First things first, you need to download the app on your mobile device. It’s available for both Apple and Android operating systems — in the Apple Store and the Google Play store, respectively.

Once you’ve downloaded the app and opened it, you’ll be prompted to sign into your Twitter account. This enables the app to immediately post a link to your Twitter feed whenever you begin a live stream, saving you time when you’re ready to hit “Record.”

Keep in mind, though, that this means everything you decide to capture with Meerkat will be shared with your Twitter followers unless you remove the link from your feed. Be sure to double-check your settings before using your phone to record any private or sensitive footage.

Once you’re signed in, you’ll be taken to the Meerkat home screen, where you’ll be able to stream your first Meerkat event.

To begin streaming from your smartphone, simply give your stream a title in the white box that says, “Write what’s happening,” and hit the “Stream” button. The app will then ask to access your camera. After access is granted, you’ll immediately begin broadcasting whatever your phone is pointed towards.

As soon as you begin recording, an alert will be sent to anyone who follows you on Twitter and also has the Meerkat app on his or her device. The app will also post a tweet to your account on your behalf letting all of your followers know that you’re currently live. Even followers who see the link from a laptop or desktop computer will be able to click the link and see your live feed.

Streams can be recorded from a desktop, but the app is designed to be used on a mobile device. Many users find that videos streamed from a desktop seem to be stretched out and zoomed in because of the format difference.

As a Meerkat user, you can watch and participate in other users’ live feeds. A few basic controls can be found at the bottom of the screen while watching someone else’s live feed.

Tapping the speech bubble in the bottom left-hand corner allows you to comment on the broadcast. Other viewers and the broadcaster will then see your comment, giving them the chance to engage with you in real-time. You can also accomplish this by replying to the broadcaster’s tweet on the Twitter app, but this method may involve glitches and delays.

Comments on a stream will show up at the bottom of the screen next to the broadcaster’s Twitter handle. There’s also a “heart” button. “Hearting” a Meerkat event is parallel to liking a status on Facebook or favoriting a tweet on Twitter.

Once the live stream is over, the event itself is over as well, as the clip cannot be replayed or saved by viewers.

As the broadcaster, you can choose to save it to your own personal library for later uploading, but it’s not kept in a database or on the cloud by Meerkat.

Back at the app’s home screen, you can set up an event for the future by hitting the “Schedule” button. You’ll then be taken to a screen where you can choose a time for your future broadcast, including a photo. This can be posted on Twitter to attract fans and followers to watch it when you’re ready to record in the future.

What kind of events can you schedule for your audience? Here’s how a few early adopters are adding live-streaming technology to their marketing mix:

Obviously, these aren’t the only ways you can use Meerkat to communicate in real-time and in-person with your friends and followers, but it should be enough to get you started. By harnessing the app’s potential, you can share your adventures and accomplishments as they happen — just as if your followers were right there with you.

Are you using Periscope or Meerkat for marketing? If so, what types of streams have you shared? If not, what would you like to share with the world on a live stream? Share your thoughts and suggestions by leaving a comment below.

Learn how to use real-time marketing effectively in our free eBook.